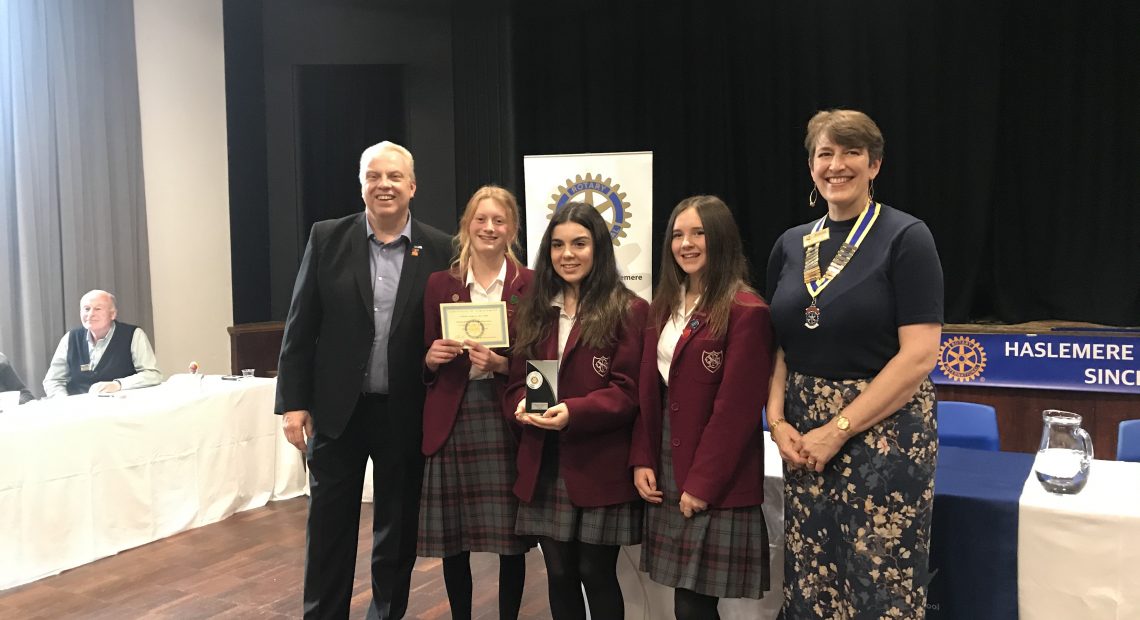 Flora, Lara and Abi won the District Final, held at The Royal School Haslemere, competing against four other teams. The girls kept their nerve and delivered a confident and passionate debate on the motion: “This house believes that protest is a powerful force for change”.

Flora was awarded the prize for the best proposer and the team won overall making them the District winners.

The girls were enthusiastically supported by their parents and members of the Worthing Rotary Club.

The team will now go forward to the Regional Final on Sunday in Dorking and, if successful, to the National Final in Birmingham. Ms Holloway, Head of English, said, “I am so proud of this team who have progressed through the rounds to get this far. We wish them luck in the next round!”