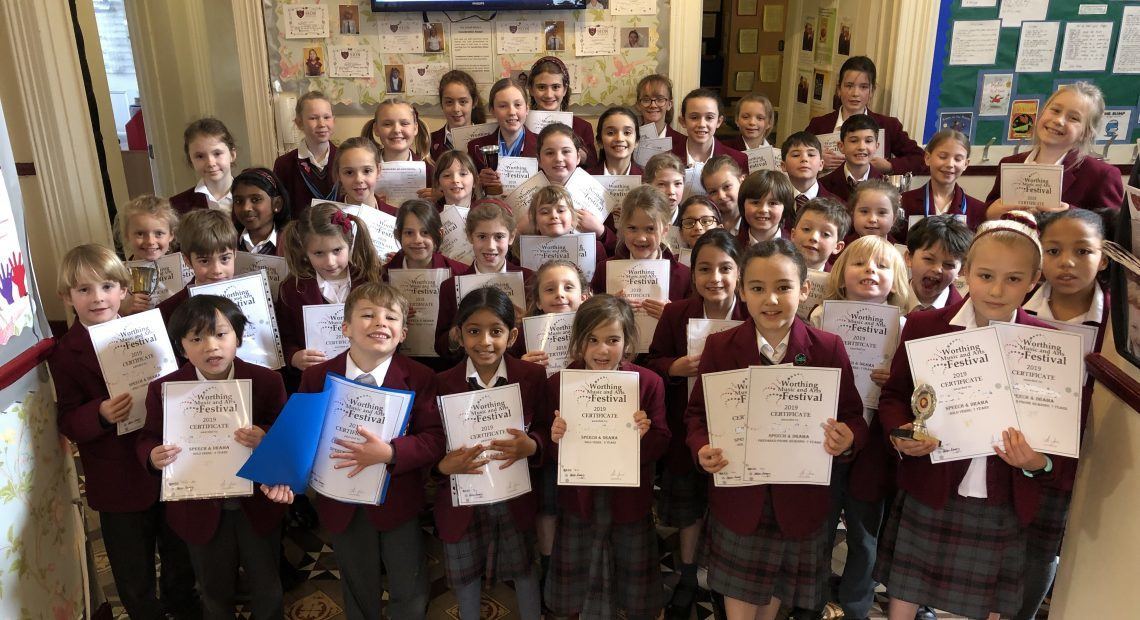 Success for Sion students are Worthing Arts and Music Festival

Congratulations to all the students who took part in the recent Worthing Arts and Music Festival.  Our students really did themselves, and the School, proud.

First place and the Music Industries Cup was awarded to a group from the senior school (Harvey, Ben, Flora, Lara and Skye) for improvisation. They also received a medal each for their amusing scene entitled “Call the Fire Brigade”. Flora won the “Speaking your own poem” class (ages 12-19) for her moving verse to commemorate Armistice Day and came third for the Solo Verse (12 years) class.

Lara came second for both prepared prose reading and solo drama and qualified for the finals.

First place and the Marguerite Beale Cup was awarded to Annie for prose reading, she also came second for solo drama, second for speaking her own poem and third for a duologue with Betty. Annie qualified for the Junior Finals.

Amber was awarded the Dolphin Cup for speaking her own poem, took first place for prose reading and solo drama and third place for solo verse. Amber came second with Emilia with their duologue. Amber also qualified for the Junior Finals and was the runner-up for the “Worthing Junior Drama Festival Performer of the Year.” She was presented with a festival award and prize by the Mayor of Worthing.

Mrs Ware, our Speech and Drama teacher was honoured to be presented with the Millicent Gorton Challenge Trophy for Speech Education!

Following on from the Festival results, we are delighted that Lola from Year 3 and Amber from Year 6 were chosen to appear in the Festival Gala to perform their drama pieces. 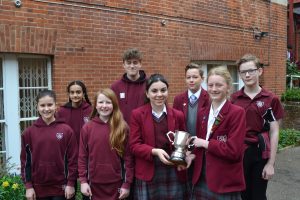 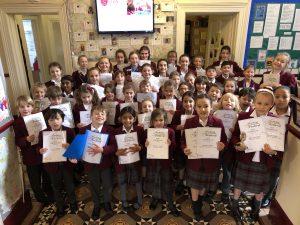