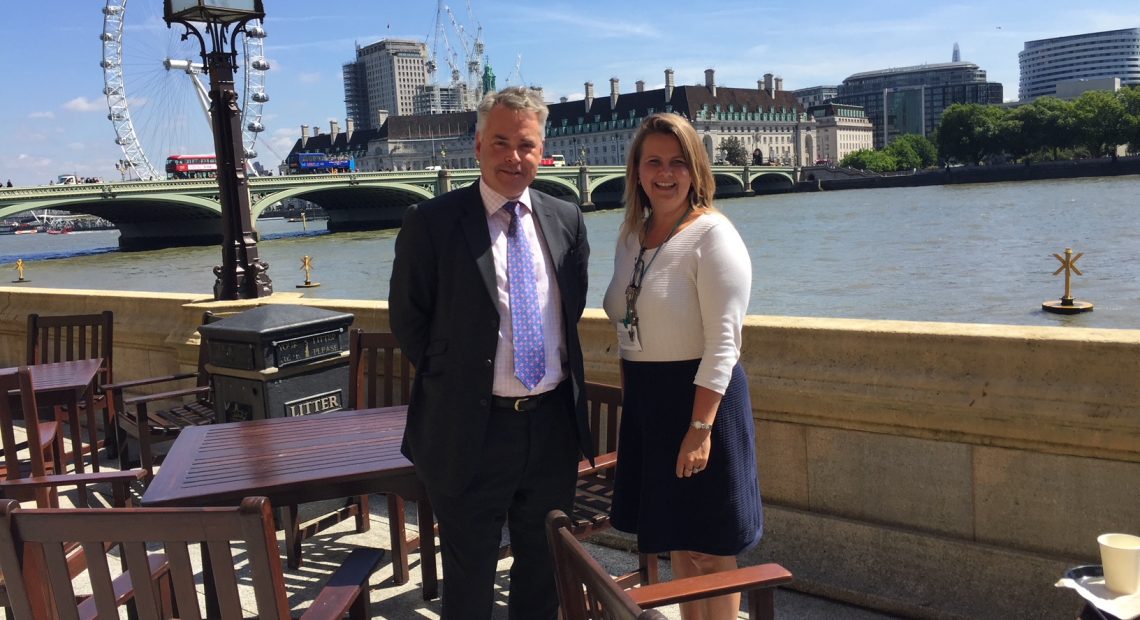 Mrs Pearson was selected from more than 180 applicants to attend the Teachers’ Institute at the Houses of Parliament for three days in July. Whilst at the Palaces of Westminster, Mrs Pearson enjoyed tours of the Palaces, watched debates in the chambers, experienced Q&A with Members from both Houses and took part in informative sessions to develop her knowledge of Parliament and democracy.

Since attending the Teachers’ Institute, Mrs Pearson has organised the first UK Parliament Week at Our Lady of Sion Junior School and collected a range of evidence to support her Ambassador application. There are three levels of Ambassadorship; Bronze, Silver and Gold. Mrs Pearson is delighted to have been awarded Gold status in the first round.

As a graduate of the Teachers’ Institute, Mrs Pearson can use free resources provided during the programme, and is able to help develop her students’ and colleagues’ understanding of Parliament and democracy, whilst benefiting from a continuing partnership with Parliament’s Education Service.

The Parliament Education Service congratulated Mrs Pearson, ‘Thank you once again for the outstanding work you have done helping to engage your students and colleagues in Parliament and democracy.’

Mrs Pearson, Senior Teacher in the Junior School comments: “I am hugely proud and honoured to be given this Ambassador Role. In the year of ‘Vote 100’ we will be proactive in marking significant upcoming anniversaries:

John Bercow MP, Speaker of the House of Commons, said: “I am proud that this excellent initiative continues to provide such an invaluable service. Better engagement and dialogue with young people is of fundamental importance to our democracy.”